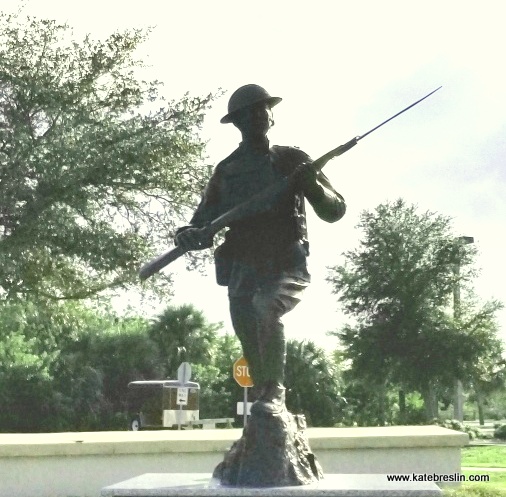 UP CLOSE AND PERSONAL is a commonly used phrase and one very meaningful for me while writing my latest historical novel, Far Side of the Sea. As with my previous novels, Not By Sight and High As The Heavens, I spent years researching the first world war. I’d memorized dates and places names of battles fought and read first-hand accounts of the soldiers living in trenches on the Western Front, facing “No Man’s Land”—stretches of battlefield so devastated by artillery that only cratered holes of soupy mud remained to serve as watery graves. Skirmishes fought, which resulted in short-won victories and losses for both sides and in the middle, civilians, enduring four years of suffering all of the hardships war has to offer and the occasional miracles that marked their incredible lives.

It was during the research for my most recent novel that my mom asked me to do some genealogical digging into the life of my great-uncle George. She’d come to possess her uncle’s Purple Heart medal after his brother—her father, my grandfather—had passed away and knew he’d served in WWI somewhere in the infantry.

With writing deadlines, I admit to working on her request at a snail’s pace, but eventually through information I found online, I discovered he’d served in the Wisconsin National Guard in 1916 and was sent to the Mexican border that same year to defend against the famous revolutionary Pancho Villa and his men, who had stormed Columbus, New Mexico, killing nearly twenty Americans. A year later the US entered WWI in April of 1917 and the president recalled the guardsmen, transferring their ranks to the infantry. Now I was getting really interested!

I decided to contact the Wisconsin Veterans Museum and was excited to learn they would send me copies of whatever service records they could find for George. When their packet arrived weeks later, I tore into it and began poring over the contents. I’d practically lived in WWI over the past few years, so to be able to recognize the places my great-uncle had fought, some which I’d written for my own fictional story character—became a personal experience for me that brought me to tears. He’d been wounded during the Meuse-Argonne Offensive near Verdun, the place of a famous battle and one which earned him the Purple Heart. I was also grateful to learn he’d survived the war to return home and live to a ripe old age, as many others were not so fortunate. 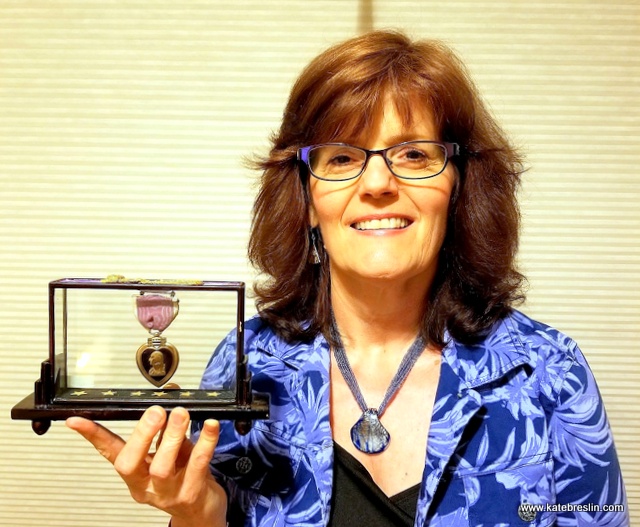 Needless to say, my mom was delighted with the information and she’s allowed me to be the steward of my great-uncle’s medal, which now sits in a place of honor. It reminds me that we are all connected to the past; and sometimes, those places and times we read about in history can leave a very personal imprint on us.